PARIS — Anniversaries are usually good occasions for celebrating great artists of the past. And so it seemed with the French writer known by his pen name of Louis-Ferdinand Céline, who died 50 years ago Friday. In fact, plans to mark the date were well advanced until it was pointedly recalled that Céline was a raving anti-Semite who fanned hatred of Jews before and during Germany’s wartime occupation of France.

The problem is that the French still revere Céline — not for his politics, but for the way he writes, most famously in “Journey to the End of the Night.” When this raging semi-autobiographical novel was published in 1932, five years before Céline embraced anti-Semitism as his new creed, it was promptly hailed as a masterpiece. Indeed, to this day, it enjoys a place in modern French literature comparable to that of James Joyce’s “Ulysses” in English.

In his case, the distinction is blurred because he also penned three non-fiction diatribes against Jews — “Trifles for a Massacre” (1937), “School of Corpses” (1938) and “The Fine Mess” (1941) — which sold well precisely because he was a famous author. For his admirers, however, all that counts is his literature.

Discomfiture over the personal behavior of acclaimed artists is of course hardly new. In fact, almost as if we needed to puncture the mystery of their gifts, we are drawn to biographies that “humanize” famous creators by highlighting their shortcomings as spouses or their neurotic insecurity or their weakness for alcohol or drugs.

But a different line is drawn when artists set out to — or, as is often the case, are expected to — influence public opinion. In such cases, they can expect to be judged for more than their art.

Myriad are the examples of artists, notably writers, who have taken political stands. Aleksandr Solzhenitsyn, for instance, is remembered for denouncing Soviet communism by many more people than have read his books; last year’s Nobel literature laureate, Mario Vargas Llosa, ran unsuccessfully for president of Peru in 1990; and the Chinese artist Ai Weiwei’s outspoken dissidence recently earned him a stretch in jail.

At the same time, political involvement brings the risk of ending up on the wrong side of history. And in that sense, parallels can be drawn between Céline and Richard Wagner.

In “Judaism in Music,” an essay Wagner published under a pseudonym in 1850, he wrote of “our natural repugnance against the Jewish nature.” While his animosity towards Jews was not all-consuming like that of Céline, anti-Semitism has been part of his public identity since the 1930s, when he became Hitler’s favorite composer.

So should we boycott his music? Israel has long sought to do so, although the Argentine-born Israeli conductor Daniel Barenboim has challenged this informal ban. In 2001, he performed Wagner’s overture to “Tristan und Isolde” in Jerusalem. And last year, he argued that “we must one day liberate Wagner” from his association with Hitler and the Nazis.

Can the same happen to Céline? He was hardly the only French writer spewing anti-Semitism during the German occupation. But while, say, Pierre Drieu La Rochelle committed suicide and Robert Brasillach was shot after the liberation, Céline escaped to Denmark and, following an amnesty, returned to France in 1951 as a free man. Understandably, for some the desire to see him punished survived his death.

On the other hand, unlike Drieu La Rochelle and Brasillach, Céline is still widely read and, along with Proust and Camus, forms the cornerstone of 20th-century French literature. And no doubt this was why earlier this year France’s Culture Ministry considered it normal to include the anniversary of his death among the significant cultural events of 2011.

Then Serge Klarsfeld, a prominent Nazi hunter whose father died in the Holocaust, stepped in, arguing that France had no place in celebrating a man who advocated extermination of Jews. Spotting trouble, the Culture Ministry hurriedly disassociated itself from Céline and the anniversary, albeit not without provoking some complaints about censorship.

Yet the commotion has had its uses. The year has produced a major new biography of Céline along with other books analyzing different aspects of his writing. Several magazines have also published weighty literary supplements devoted to him. But at least government officials should be remaining silent today. And admirers of Céline the writer can no longer brush aside Céline the man. A genius? Probably. Evil? Certainly.

Alan Riding, a former reporter for The New York Times, is the author, most recently, of “And The Show Went On: Cultural Life in Nazi-Occupied Paris.”

A version of this op-ed appeared in print on June 30, 2011, in The International Herald Tribune with the headline: Céline: The Genius and the Villain. 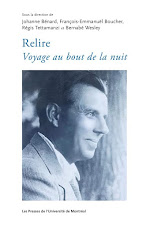 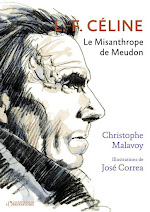 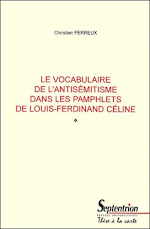 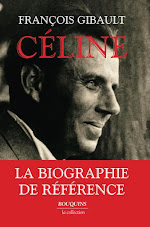 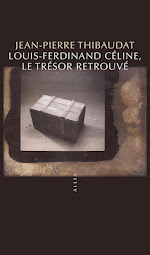 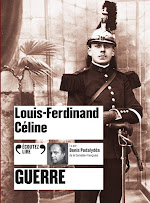 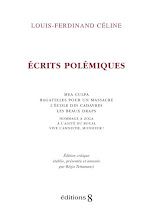 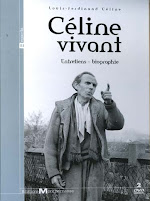 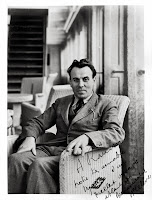 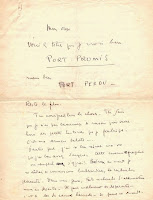 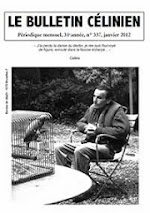